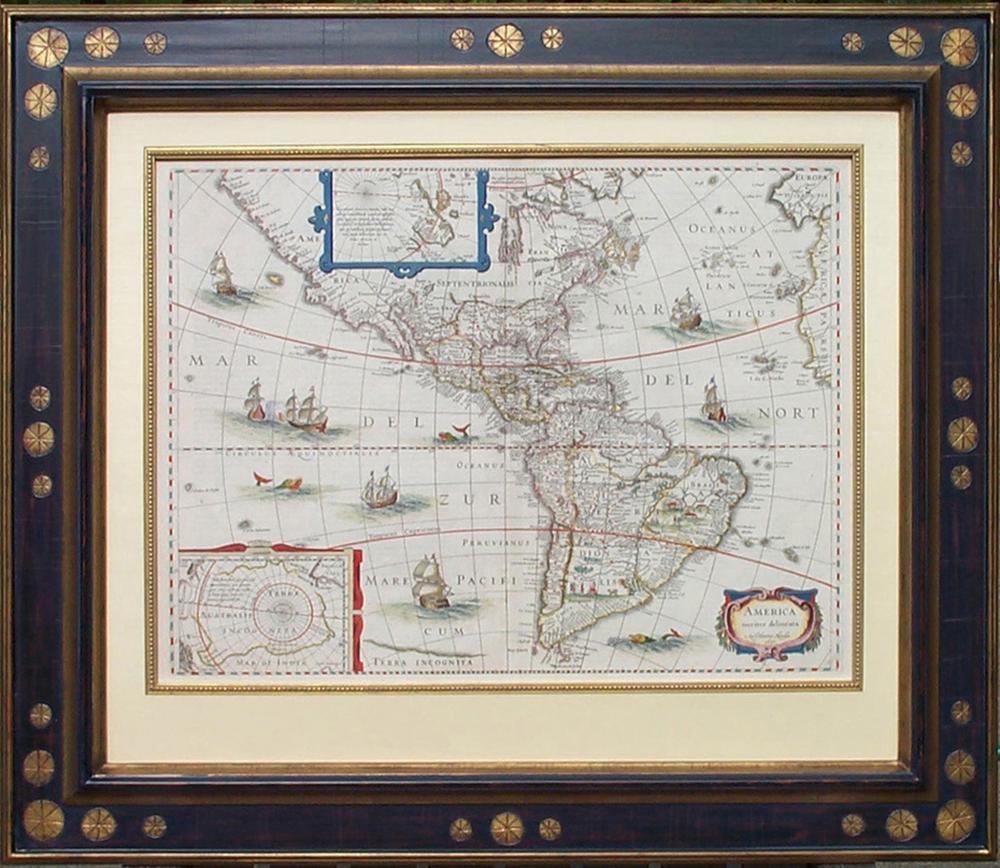 The publishing business of Mercator, 1512-1594, one of the greatest names in geographical science, passed into the hands of Jodocus Hondius at the turn of the seventeenth century.  First an engraver and secondly a publisher, he migrated to London at the age of twenty-eight.  During his sojourn in England he married the sister of a compatriot who was also a map-maker, Pieter van den Keere.  Hondius, possibly through van den Keere's influence, was employed to engrave several of the maps for Speed's county atlas, forming his compelling interest in cartography.


Returning to Amsterdam, Jodocus acquired control of Mercator's stock.  In 1606, Jodocus published what was the first of several enlarged editions of Mercator's atlas.  Hondius also produced  large scale world maps, including one in the year of his death, 1611.  It was then that his sons, Jodocus II and Henry, succeeded him and continued to issue still further improvements to the Mercator-Hondius atlas.


This map is a modification of the 1606 map by Jodocus Hondius the elder and subsequent version done by Jodocus Hondius II in 1618. It is the third state of that 1618 map of the western hemisphere. It corrects a number of items such as information about the Carolinas, Canada, and Tierra del Fuego.  Its decoration and style are lovely examples of  period Dutch cartography.