FASHION / CULTURE / PEOPLE / TRAVEL / COLLECTING
What to Own
Next Article 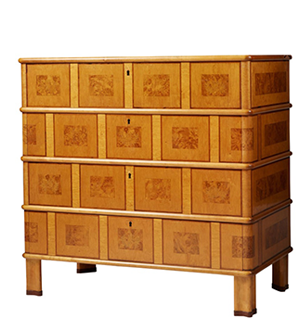 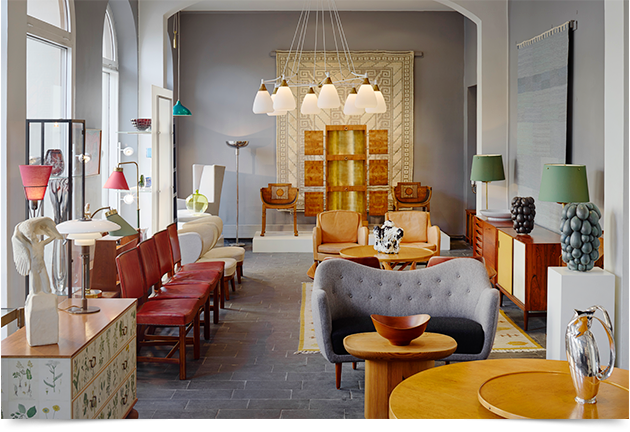 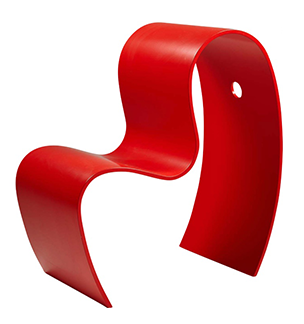 For admirers and collectors of museum-caliber Scandinavian modern design, the stars aligned in 1995 when Scotsman Andrew Duncanson first met Isaac Pineus, a Swede, at the Laughing Duck pub in Edinburgh. One dance into their chance encounter and "that was it." After a year of living with Pineus in Scotland, Duncanson followed him to Sweden, where in 1998, Duncanson opened Modernity, his now internationally-renowned Stockholm gallery of furniture, ceramics, glassware, lighting, and jewelry crafted by the 20th century's most gifted Scandinavian designers. 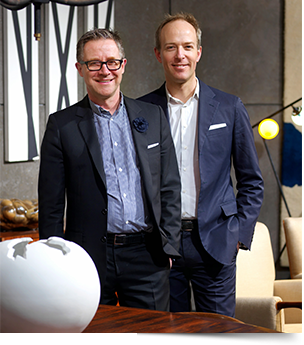 There's a certain symmetry in that propitious meeting of soul mates and the sensual appeal of the designs curated and sold by the business that resulted from it: The sexiness of designs like the sleekly curved furnishings of Finnish architect Alvar Aalto, whose smooth birch and ash surfaces demand touching to appreciate, is one of this genre's greatest attributes.

"To me, Scandinavian design is the perfect marriage between functionalism and beauty," says Duncanson. "It is elegant and light. It shows respect for natural materials and the pieces created are made with superb craftsmanship."

Andrew Duncanson developed an affinity for Scandinavian designs as a boy when visiting a schoolmate's home furnished with the post-war modern pieces. But Scotland wasn't exactly a hotbed for Scandinavian modern. It was only after moving to Sweden with Pineus that he began buying and selling pieces—and then, only as a means to funding his university studies in fine art. The experience was great fun, and the abundance of Sweden's offerings energized Duncanson. That, coupled with some second thoughts about making it as an artist, paved the way to his opening Modernity. 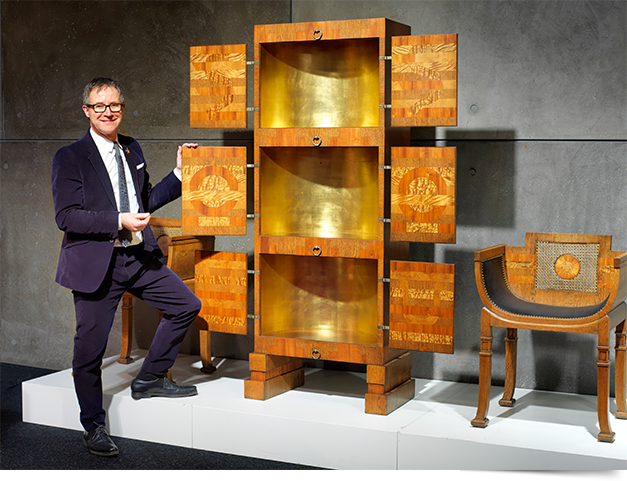 Duncanson with the Carl Hörvik cabinet.

16 years in the business, Duncanson is now an authority on post-war Scandinavian modern design. His eye is trusted by the best—including the Museum of Modern Art (MoMA) in New York, which acquired the iconic Egg chair by Arne Jacobsen as well as the Flag Halyard chair by Hans Wagner from Modernity. Two other New York museums—the Cooper Hewitt, and the Museum of Art & Design—also turned to Modernity for furniture and jewelry in their collections. Other renowned museums that are Modernity's customers include the Corning Museum of Glass, the Los Angeles County Museum (LACMA), the Philadelphia Museum of Art, the National Museum of Scotland, and the Wolfsonian in Miami. "Many museums have learned over the years that we have significant pieces by well-known Scandinavian designers, and that these examples are of the best quality. They contact us from time to time, and this is, of course, flattering and a seal of approval that is very rewarding," says Duncanson, "as they generally acquire the most important pieces with a great provenance." 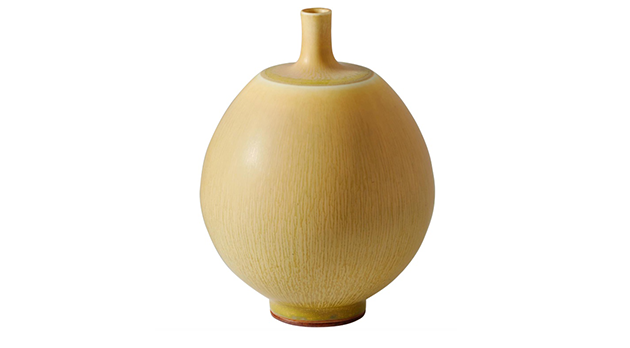 The gallery's most recent museum sale was to the Milwaukee Art Museum, which purchased one of a set of six Zig Zag chairs acquired by Modernity from the estate of architect Han Schröder. Designed by Gerrit Rietveld, the famous Zig Zag had a special place in Schröder's childhood home in Utrecht, Holland. Rietveld designed the family house in 1924, and the chairs were an important part of it. When Schröder moved to the U.S. as an adult, she commissioned carpenter Gerard van de Groenekan to make a set of six more chairs. After Modernity acquired them and dispatched one to the Milwaukee museum, it sold another to a private Swedish collector and the remaining one to an international collector. 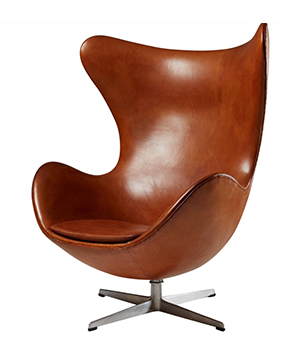 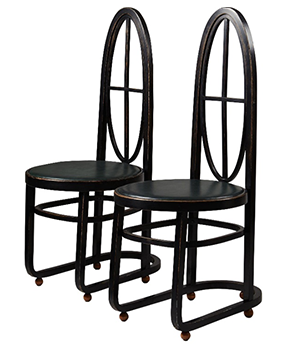 But be not intimidated. Duncanson's expertise took years to acquire, and he's happy when the less initiated express interest. "Our gallery has its doors wide open to anyone who is interested in historic design. We love sharing our knowledge, and I also occasionally hold lectures here for design lovers," he says. 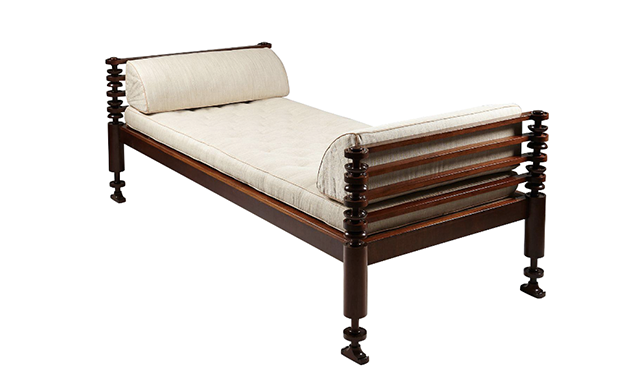 HOT ITEMS TO COLLECT IN THE FUTURE:

"I believe Scandinavian design will continue gaining interest on behalf of collectors. It is timeless, and there are so many 20th-century designers who have yet to be discovered and appreciated," Donaldson predicts.
Getting more specific, "rare pieces of furniture by Danish designers Peder Moos or Kaare Klint and Swedish designer Axel Einar Hjorth will get ever-growing attention, and so will the lighting designs by Swedish designer Hans-Agne Jakobsson." Peder Moos, coincidentally, is one of Duncanson's personal favorites "for his exceptional carpentry skills."

Modernity ships to all five continents. For those unable to visit the gallery in Stockholm, Duncanson suggests a visit to the gallery's website, RubyLUX storefront, or catch one of the gallery's exhibitions at international art and design shows in London, New York, and Paris. 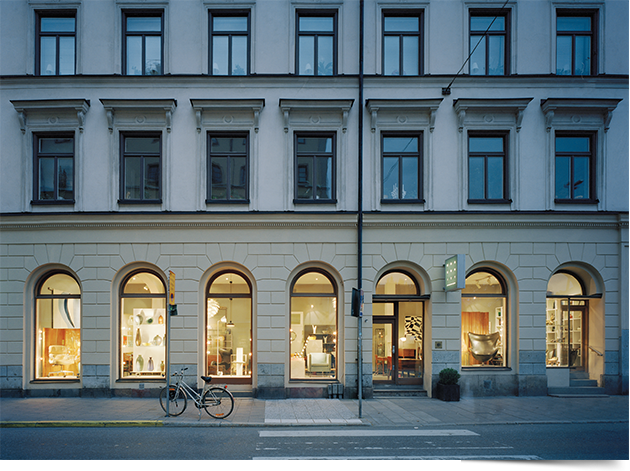 A visit to the beautiful gallery, Modernity, in Stockholm, Sweden, is a must for 20th-century design enthusiasts and experts.