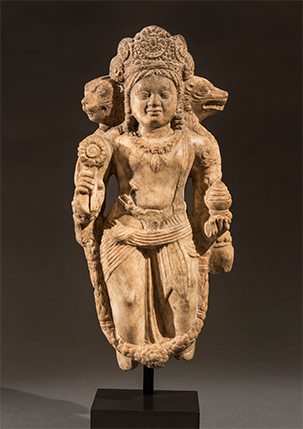 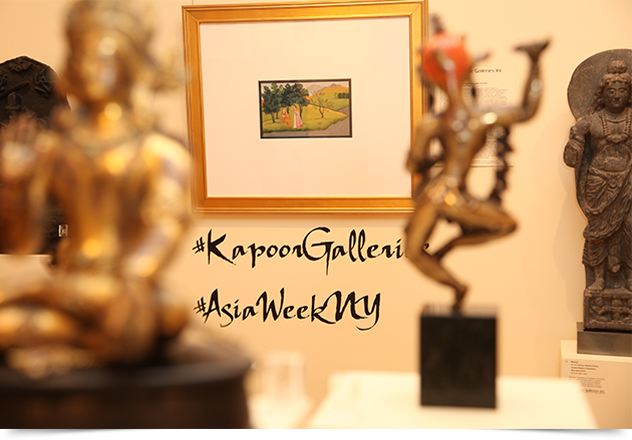 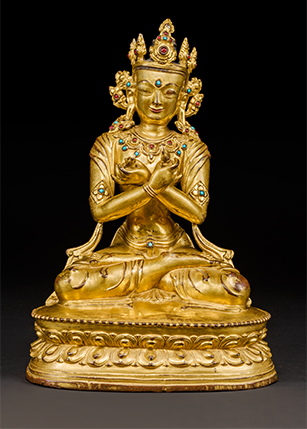 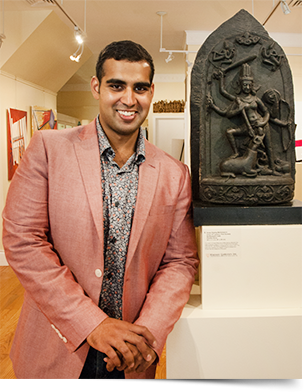 In the skilled hands of anonymous artists, materials such as bronze and stone are crafted into majestic vessels of fealty and honor to the powerful gods of the Indian culture. The creator of such art and his/her objects are only half the journey in the telling of stories that are depicted through ancient pieces of precious art, which are also created to educate and forever inspire their beholders. Another vital component: spiritual fervor and devotion — is seen manifested in each and every painting, sculpture and relic in the expertly-curated collection of Kapoor Galleries — a highly regarded 40-year-old institution. Located on a side-street perpendicular to the world famous Museum Mile in New York City's Upper East Side. Kapoor Galleries specializes in art of India and the Himalayas. It has been and continues to be an invaluable resource for museum quality works of art from these specific regions.

Long before opening their doors in 1975 to both local New Yorkers and art enthusiasts worldwide, Ramesh Kapoor and his wife Urmil took advantage of a life-changing event that caused them to migrate when borders amongst the newly-found independent countries — India and Pakistan — were being solidified into the modern regions they are today. It was this shift that caused many families to take their belongings (what most they could) and settle to regions that harbored the same religious beliefs as theirs. 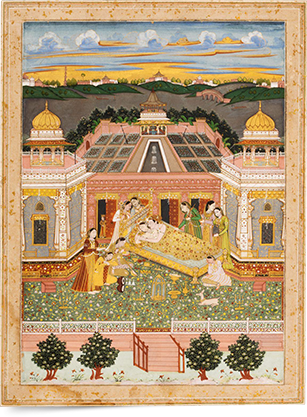 LUXPOP! recently had the opportunity to visit with Suneet Kapoor — Ramesh and Urmil's son — and Sanjay Kapoor, the fourth generation in the Kapoor family who currently spearheads the business — to gain a new perspective on a gallery so vastly instrumental in developing major museum collections, as well in enriching distinguished private collections worldwide.

LUXPOP!: Can you guide our RubyLUX readers through the voyage of your grandparents’ first steps in the art world?

Suneet: The home that our family stayed in after the migration belonged to a scholar/librarian, who, in fleeing, left several historical books behind. It was through the discovery of these works, that my grandfather (who was well educated and able to both read and write in six different languages) began to invest his time into learning more about these treasures. It was during this interim between deciding what to do with these artifacts and his studying, that the locals, who referred to my grandfather as "Bauji" (word used in Hindi out of respect for an elder gentleman) started inquiring about these books. From there he began loaning and selling the books, until they discovered that some them had illustrations that became more valuable than the books themselves; this opened the door to art dealing — specifically the "miniatures" found in the illuminations that were scattered throughout the leaves of the volumes.

In nineteen fifty-six, our family migrated to Delhi and opened our first gallery in which Pahari painting (a style of miniature painting and book illustration that developed in the independent states of the Himalayan foothills in India) was popular.

Finally, in nineteen seventy-five, they moved to the states and opened up their location at the Manhattan Arts + Antiques Center (one of the first) at 1050 2nd Avenue. A few years later they opened a second location at 888 Madison Avenue. And now we are here, at 34 East 67th Street! 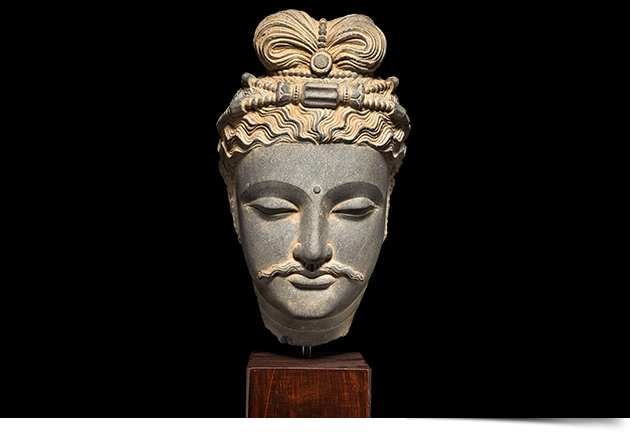 Head of a Bodhisattva, circa 2nd/3rd century, Kushan Dynasty

LP!: How does Kapoor Galleries source its collection and offerings?

Suneet: Being in business over forty-one years, we've fostered exceptional relationships with private collectors and institutions.

LP!: How has purchasing changed since Kapoor Galleries first opened?

Suneet: As a child — during the nineteen seventies — I would spend many hours in the galleries, and while there, I noticed purchasers would buy two or three pieces and then educate themselves on the new possessions — and begin discussions with my elders. It was a process of buying and learning — learning and buying.

The majority of new collectors in the market want to buy the best right away, based on their peers or what's trendy. They aren't taking the time to see as much as they can, in both galleries and museums, and are, instead, focusing on trophy pieces.

I find a majority of the younger people today (in their twenties or thirties) have not seen nor have they been introduced to enough fine art to determine what really is the best out there. They are very likely swayed by the big auction houses, which may not present the best of specialized markets. The time arises when newer collectors want authentic, quality, older relics, but due to a hasty mentality or from being misinformed, they will overlook finer artworks. 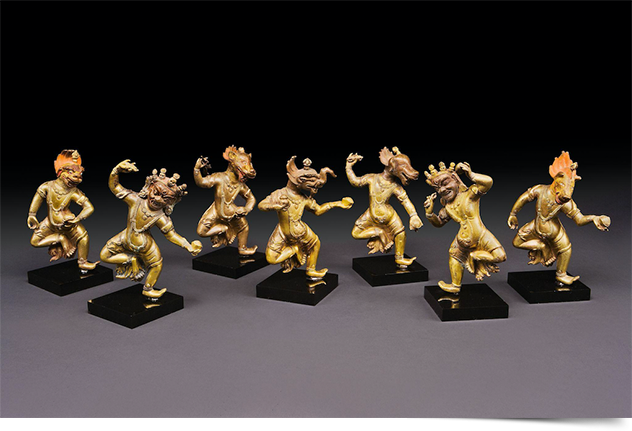 Set of Bardo figures from the Tibetan book of the dead, circa 17th/18th century

LP!: How do you reach the new Millennials?

Suneet: Millennials have both the ability and the passion but, oftentimes, not the patience. Sanjay, the fourth generation in our family business, is a Millennial himself and probably is best to address this new age mentality.

Sanjay has initiated a program called Object of the Month — a digital announcement. Coming up on Object of the Month's one-year mark, I can say proudly that Sanjay has been instrumental in making it a resource to successfully reach and edify our audience, both young and old.

Sanjay: To add to that, I've kept our presence online to match the reputation we have offline. We do garner attention that reaches a younger audience. It's a standpoint of quality as well as popularity...you see a page that has x-amount of followers and it's a factor many people consider in today's world. I'm a firm believer that a lack of interest comes from an inadequacy of knowledge. RubyLUX is our newest digital venture of which we're really excited to be a part!

LP!: Tell me more about your experience with RubyLUX.

Sanjay: RubyLUX is the first and only online platform that we've worked with. We've already received international attention from people in London who have inquired about Baramasa paintings (depicting the various seasons). We live in world that's evolving faster than it did back when we first opened — so it's important for us to reach everyone, and online is the most effective way to do that.

LP!: What's in store for the future at Kapoor Galleries? 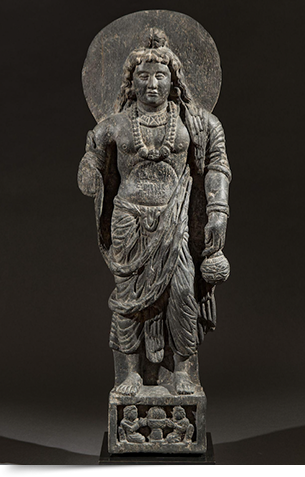 Maitreya, Bodhisattva of the future, circa 2nd/3r century, Kushan Period

Suneet: In the immediate future — a fair in Paris: Parcours des Mondes, traditionally an African & Oceanic Arts Fair, which last year incorporated Asian Art as well. Beyond that, we are continuing to focus on our online presence through RubyLUX. It's motivating for us to reach an audience that we don't normally target. RubyLUX understands and promotes our message, our works, and our cultural relics in a unique, new way. It's been a delightful and supportive relationship.

And every year in March, Kapoor Galleries participates in Asia Week New York. If you're an Asian Art enthusiast, we highly encourage you to visit and meet the forty leading international dealers who specialize in Classical and Contemporary Asian Art, from India, China, Korea and Japan. For Asia Week New York, we are joined by our auction house partners in a coordinated effort to promote Asian Art to a wider audience.

Asia Week New York is honored to have held the annual kick-off reception to Asia Week at the Metropolitan Museum of Art for the past three years. We, as an organization, are very proud to have partnered with them in this regard.

As well, Kapoor Galleries is a proud member of the AADLA (Art and Antique Dealers League of America).