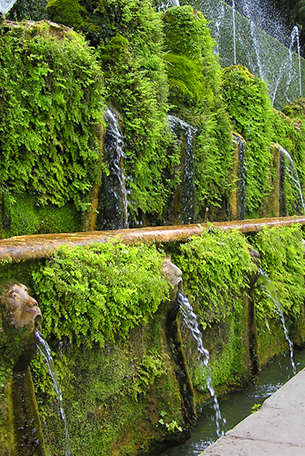 The ancient city of Como is renowned for its gardens, steps and fountains. 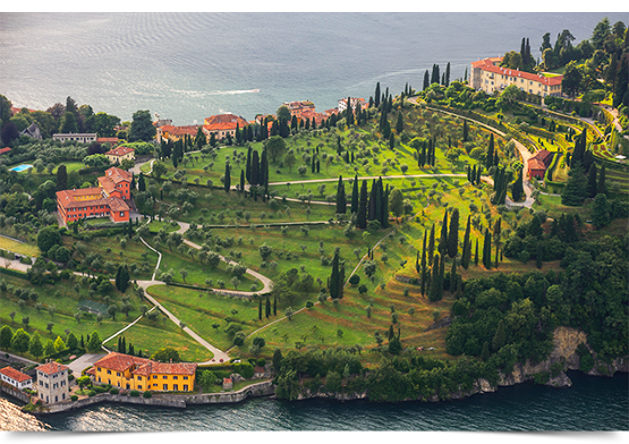 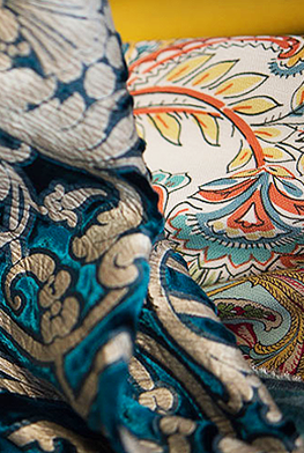 In the maddening, alienating, vampirishly enervating din of today — be it the dumb-beat of the Trump-ets and false-etto chorus of the Clinton-ites; the doomsters' shrill augur of unavoidable disaster from humankind-induced environmental catastrophe and the gloomsters' guttural professions of global collapse due to Malthusian fornication that sounds so unsexy; not to mention the explosion of prosaic advertiser-driven editorial in shelter magazines coupled with the implosion of point-of-view with wit and whimsy entirely M.I.A. — it's too easy to lose heart, spark, pizazz even. Lest beige continue as the new beige, take the aesthetic antidote! Get thee not to a nunnery or monastery (save for the sublimely minimal, 50,000-shades-of-white Our Lady of Novy Dvur by John Pawson), but immerse yourself in Gesamtkunstwerk of beauty. Be it a room, a building, a neighborhood or entire city, make sure it's comprehensive, all-consuming, a synthesis of the arts from which you'll emerge not only restored but transformed. 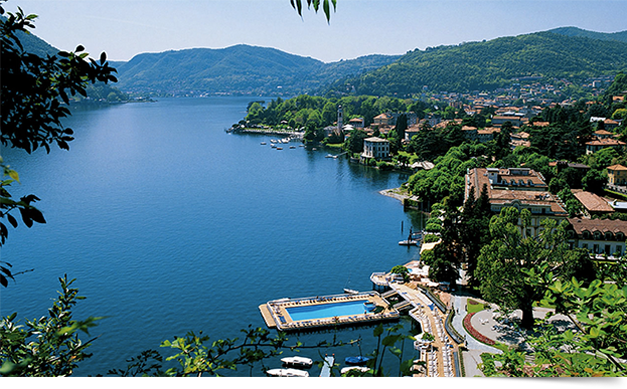 Given the current clamor, nothing short of an artful union of heaven and earth will suffice, an arcadia of deity-worthy topographical variation paired with thousands of years of mindful manipulation by fellow homo sapiens. I'm talking Lake Como. Europe's deepest lake (approximately 1,350 feet, or roughly 3.75 football fields in length, which for us, dear reader, translates to 450 yards of fabric, preferably something hand-woven from Rubelli), Lago di Como is shaped like an inverted Y, filling 56 square miles and stretching some 30 miles, from the town of Colico in the north to Lecco in the southeast and Como, the lake's biggest hub and THE traditional Italian center for silk production and silks of the highest quality, in the southwest (fun facts: Como produces 85% of silk made in Italy and provides 70% of Europe's silk).

It's also a canvas filled with ever-changing blues and grays (lake and sky); greens and ochers (Alpine forests to tiled roofs on campaniles); and whites and pastels, distant and not-so-distant snow-crowned mountaintops and limestone crags to the pinks and yellows of 18th-century lakeshore villas to carefully cultivated azaleas, rhododendrons and roses lining the paths of gardens that blend the formality and structure of Renaissance Italian gardens the fantasy of "wildness" found in 19th-century English landscapes. 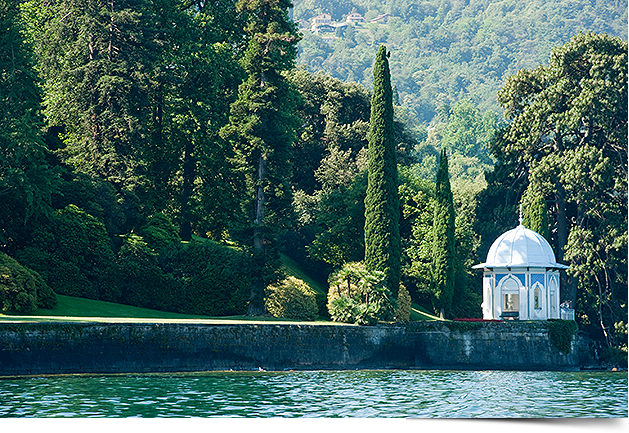 The winding paths of the idyllic neoclassical styled gardens of Villa Melzi are filled with Egyptian sculptures, Roman statues and Japanese maple trees

More than a cornucopia of beauty, Lake Como is, magically, greater than the sum of its parts, which makes it a veritable ground zero for Otium, the ancient Roman concept referring to a paradisiacal space in which to better reflect upon and appreciate life's finer pleasures, aesthetic, sensory and intellectual. It's beguiled the likes of Pliny the Younger (a former local homeowner); Virgil, who raved about "our greatest" lake; Shelley, who found it equally sublime; Stendhal, who found the lake "unequaled on earth in its loveliness;" Verdi, who wrote La Traviata by its waters; Liszt, who declared, "When you write the story of two happy lovers, let the story be set on the banks of Lake Como;" and Longfellow, who simply asked, "Is there a land of such supreme and perfect beauty anywhere?" Contemporary Lake Como lovers and villa owners include Richard Branson and, of course, Signore George Clooney, titleholder of the Villa Oleandra in the village of Laglio (population 900), who's called his time here a casa "life changing."

Me, I've somehow lost the key to my own 18th-century lakeside villa and adjoining park, and when I force the issue carabinieri get called. I figure that's OK. Because like Greta Garbo, my preferred bastion with a view is the Grand Hotel Tremezzo, a place to be, in Mlle. Garbo's estimation, "perfectly simple, perfectly quiet, perfectly happy." 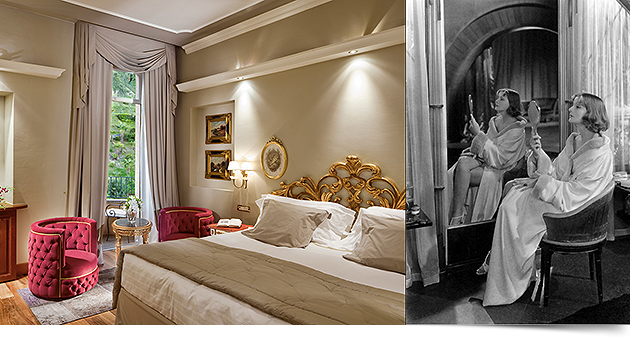 An art nouveau landmark built in 1910, the Grand Hotel Tremezzo is the only "palace" hotel on the lake actually built to be a hotel. Among many attributes and conveniences, this means the vast majority of the hundred or so guestrooms look directly onto the lake, including #113, Greta's favorite. 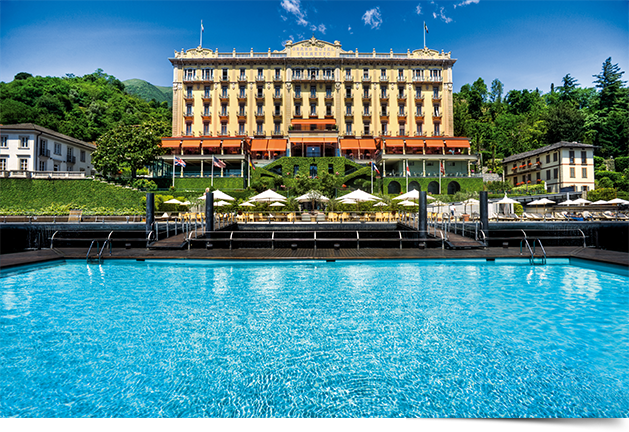 My choice perch is one of the public rooms, the Sala Musica off the lobby. While its soaring ceiling and moldings scream the Belle Époche, the grandeur is made human by classical proportion, comfort that correlates to the décor of tufted sofas and clubby scroll-arm chairs upholstered in modern bursts of bold color — fuschia! orange! lime! purple! — all under framed historic scarves made by hand with silk from the local Ratti manufacturer.

From this salon, views are direct to the water, coruscating waves or a slate gray mirror depending on the weather. On the opposite shore is a postcard picture of Bellagio, arguably Lake Como's most charming town, the austerely perfect 18th-century Villa Melzi, and the enormous slab-faced mountain of La Grigna (the tallest on the lake). And if day is fine and the doors to the terrace open, one might just hear birdsong from the hotel's five-and-a-half-acre terraced garden and park ... or from the 17 acres next door belonging to the 17th-century Villa Carlotta ... or the ... 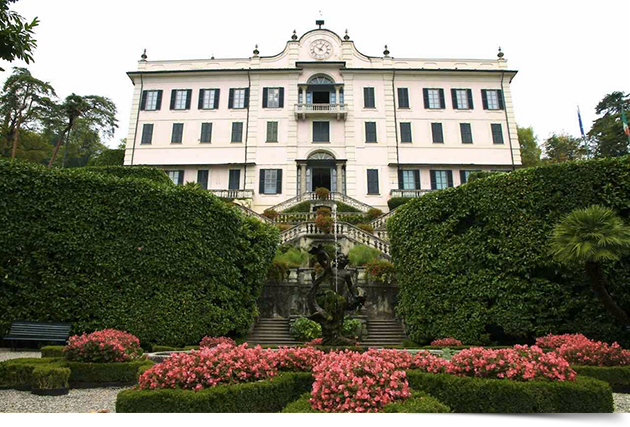